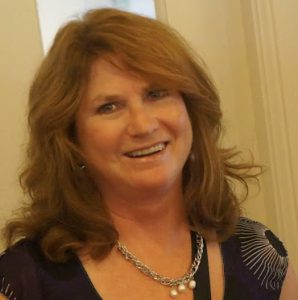 It is difficult to capture Sandy’s list of accomplishments, experiences, and adventures in one short obituary. In just 55 years, Sandy did more than most can even dream. She was determined, fierce, motivated, and adventurous.

She lived life to the fullest from the very beginning. One of 11 kids in rural Hartford, WI, she made a name for herself early. She excelled in her high school choir and was even the lead singer of a rock band as a teenager. After graduating high school, Sandy attended UW-Madison and received a business degree. She eventually settled in Seattle.

In the 30+ years she lived in Seattle, her career in sales allowed her the opportunity to live her life to the fullest. Sandy was incredibly fun to be around. She’d be the first to sing at karaoke, the one to build the biggest bonfire at the campsite, and usually had everyone around her laughing. There just never was a dull moment when Sandy was around. A passionate Seahawks and Badgers fan, she was always interested in sports and being active. One of her favorite things to do was snowboard. You could find her shredding down black diamonds through fresh powder on the most beautiful peaks multiple times a year. When she wasn’t in the mountains, she’d be traveling around the globe to places like Europe, Thailand, and Australia. Her favorite places to visit were Whistler, Canada and Kona, Hawaii. She scuba-dived The Great Barrier Reef and passionately loved the ocean. Her experiences didn’t end there. She also learned to ride a motorcycle and rode her Harley across the country.

She met and touched the lives of so many on all of her journeys. Through everything, she remained humble, hard-working, and extremely generous. She was a best friend to her sisters and a role model to her nieces and nephews. Her family and close friends will miss her greatly.

A memorial and celebration of Sandy’s life will be planned for a future date. In lieu of flowers, donations can be made to the Humane Society.