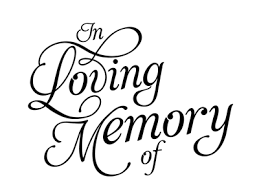 Below are a couple of letters composed by Michael’s friends:

Michael C. Hobart came from ‘humble’ beginnings out of Montana and worked his way through his higher education in Oregon at Chemeketa and Mount Hood Community Colleges while mostly car-camping. During that time, he worked and volunteered for the Oregon Department of Fish and Wildlife at the Oregon Hatchery Research Center in Alsea, Bonneville, Marion Forks, Roaring River, and various other hatcheries in the State. While others were taking the summer term off, he would spend his days spawning mountains of fish working in Alaska.
He did his time as a Fish Hatchery Specialist 2 at Chiwawa Ponds, Cowlitz Salmon, Wallace, Reiter, Marblemount, and Sunset Falls, while helping out at many others. Later he became a Fish Hatchery Specialist 3, not because it was the next rung on the ladder, but because it was what this department needed. He was known to sacrifice his own comfort at times by living out of a car, truck, or trailer to make the situation and the job work. That’s why he had no patience for the needless red tape, the sycophants, or the egotism that seems to be common these days. Mike was a quick study, blatantly honest, and knew things well above his pay grade. He could turn groups of people from the mundane monotony into laughing hysterically. Mike knew the “lifestyle” and, instead of just talking about it, he would do it, and would actually spend most of his time outdoors, (fishing, hunting, hiking, working, living, laughing, etc.). Those who knew Mike would probably tell you that he was, in a word, ‘Genuine’.
With so much of his potential ahead of him, Mike’s life was taken from him, his family, his friends, and this department. To say he will be missed, is just not saying enough.
To quote a phrase,
“It’s not what we say that matters, it’s what we do that defines us.”

How do you sum up someone’s life in a letter? Mike was my friend and coworker. I suppose I should first define what I mean by that. Proverbs 18:24 “One who has unreliable friends soon comes to ruin, but there is a friend who sticks closer than a brother”
I first met Mike over 8 years ago when he was working at Chiwawa raising Sockeye Salmon. We didn’t cross paths again until 2017. Mike moved up from the Cowlitz Salmon Hatchery to work at Sunset Falls. He made this move so that he would be closer to his mom (Arlene). From that point on, Mike took a direct role in caring for and looking after his mom. If you take anything away from this letter it’s that Mike was a caring and protective son. At Sunset Falls Mike grew and progressed as a Fish Hatchery Specialist. It was during those years we became good friends. For those who don’t know much about what Mike did for a living he would spawn, raise, release, transport and sample all manner of fish species, especially Salmon and Steelhead. Because this job deals with live fish we would have to work weekends and holidays as well. I was lucky enough to spend many of those weekends and holidays with him. Thanksgiving to 4th of July Mike would come over and hang out and share meals with me and my family. My Wife and kids even gave him a nickname “Panda” because, although a large foreboding bear of a man, he was gentle and fun-loving, so the nickname stuck. He would play games and giggle with my kids and joke about eating the extra cookies. I wasn’t the only one who got to spend time with him outside of work. His counterpart at sunset, Ben, as well as Eric from Reiter, were lucky enough to spend countless hours tossing horseshoes and barbequing. We even all went out to a bar that had all-you-can-eat bacon which may be the first (not only) time Mike made me laugh so hard I had tears streaming down my face. When Mike got fired up and silly you could not resist his hilarious wit and winsome charm. He was and is the creator of multiple inside jokes and funny one-liners we call “Mike-isms”
But Mike was called to do more. His skills and knowledge were more than he let on. He promoted and moved to Marblemount Hatchery where he took on even more responsibility and had even more influence to propitiate and improve the natural resource that was under his care. Up at Marblemount Mike did what he seemed to do everywhere he went; make lasting, meaningful relationships. I didn’t get to work with him much while he was there, but I do know the impact he made and how he made it. In the workplace Mike led with action, not words, often taking on more than he should. He was a patient teacher for those under his direction and made you a better fish culturist for it. He would put others’ needs before his and would provide help whenever needed. During his time at Marblemount he was able to buy a house and move his mom in with him so he could better care for her. In the spring of 2021 Mike came back to run the operations at Sunset Falls. I was so excited to have him back and had no idea how soon we would be losing him.
Mike is survived by his mom, Arlene, his father Art Hobart, sister CarrieAnn and brother Joe, as well as many more family members who grieve his loss.
Michael Hobart was a provider, protector, influencer, and someone I trusted. I’m honored that I had him as a friend, and humbled that he called me friend. The last image I want to leave you with is this…All year round no one could pull off rain boots and shorts like him!