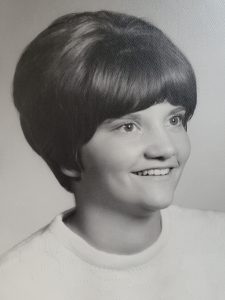 It is with great sadness that the family of Mary Elizabeth Decker announce her passing on June 10, 2021, at 71 years of age from various medical complications at Harborview Hospital in Seattle, WA.

Mary and Vernon Coleman were married in Great Falls and moved to Renton, WA. They welcomed into their family their first son, Brett, in 1969. Then their second son, Brooks, was born in 1971. Sadly, Mary was widowed in 1981 at Vernon’s passing.

Mary became a hard-working single mother to support her sons, who grew up to be fine young men. Mary and Jim Decker married in 1986 and lived in Burien, WA until Jim’s passing in 1997. Mary had a varied career, working as a dental assistant, Boeing employee, and her last employment was at the Muckleshoot Casino. Mary loved to do crafts.

Mary was preceded in death by her parents, her husbands, and sadly, her son Brooks. She is survived by her son, Brett, of Renton, WA; grandsons, Nathan C. Coleman and Colton T. Warner; sister, Louisa (T.C) of Stevensville, MT; brothers, Michael Garcia of Folsom, CA, and Chris (Karen) of Billings, MT; aunts, uncles, nieces, nephews and cousins by the dozens.

A memorial of Mary’s life will be held on July 17th, 2021 in Renton, WA with family members flying in from California, Texas, Montana, and Nevada.