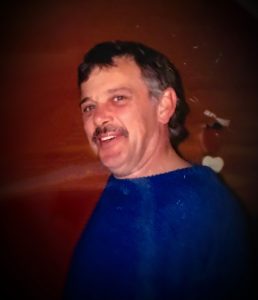 Kevin Ellis Steere passed away peacefully on September 27th, 2020 at the home in Gravelly Beach that he lived in for six decades. Kevin is remembered with love by his wife of 24 years, Karin, The two met while working at Griffin School District, Kevin as a mechanic and Karin as a bus driver. Together they have three children: Stacie Null, Jaymee Heck, and Michael Seals, who between them, give Kevin seven grandchildren. Kevin is preceded in death by his father Ellis Fred Steere, and survived by his mother, Patricia Steere, as well as his siblings Melody Byrd and Tom Steere. Two nephews and a niece hold Kevin in their memories as well.

Kevin loved to hunt and fish, as well as spending time with his children and grandchildren. While he loved nature and the outdoors, Kevin balanced it out with a deep love of television. Karin joked that he better have television in the afterlife for it to be his heaven. Memories like these of Kevin will be celebrated on November 14th from 1pm-3pm at Rignall Hall, on Steamboat Island. It is an “open house” so come when able, but please note, masks are required! Flowers are gratefully declined, with donations in place to the American Cancer Society suggested.

If there are any questions please call Stacie at: