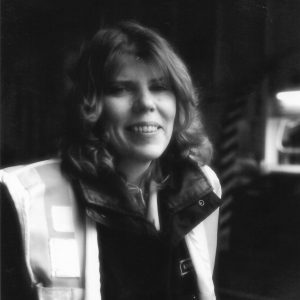 Karen Louise (Haugen) Norris, age 56, passed away unexpectedly on December 29, 2019 in her childhood home. Karen was born in Seattle, Washington on January 1, 1963 and lived in Seattle for the majority of her life. She was preceded in death by her mother Ruby Haugen who passed away in February 2019. She is survived by her father, Ivan Haugen; father- in- law David Norris and mother-in-law Bettye Norris. She was the beloved wife of Duane Norris and mother to Jessica Norris. She also leaves behind her older brothers, Robert and Brian Haugen and her sisters-in-laws, Connie and Linda. Karen was also a beloved aunt and cousin.

Karen spent her childhood in Seattle and graduated from Lincoln High School in 1981. She met her husband Duane while working at the American Heart Association. They started dating and went to her senior prom together. Karen married Duane in 1982 at St. John Lutheran Church. They made many memories together before having their only child, Jessica in 1989. Some memories include traveling to Reno and California and going to concerts in the King Dome. Karen worked for the Westin Hotel alongside her brother Robert for many years. She left the Westin Hotel to work for the Washington State Ferries in 1998 and she worked there for 21 years. Karen started out as a deck hand and had recently started working as a Quartermaster. Karen spoke very fondly of her time working with her crew and made many friendships during her time there. Her shipmates proudly identified themselves as “on Karen’s crew.”

Karen touched the lives of many. She easily connected with others and had a way of being outspoken but respectful. Karen was incredibly kind. She was the first to jump up to help if someone needed it and did so without the expectation of anything in return. She cared for her mother until her death last February and cared for her father, Ivan and her husband, Duane prior to her death. Karen enjoyed spending time with family and friends. She enjoyed being outside and being active. She also enjoyed listening to music, watching her local sports teams, and going to concerts. She loved to take photos and spend her time in places with beautiful scenery.

She was the best person I knew, my mother and best friend. She will be incredibly missed by her family and friends. For those who would like to celebrate her life; there will be a memorial service with reception following on Saturday January 18, 2019 at 02:00pm at St. John United Lutheran Church, 5515 Phinney Ave N, Seattle, WA 98103.