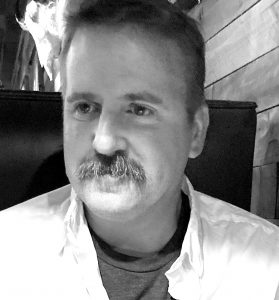 David R. Gifford, 44 years old, passed away on June 12, 2022, in Auburn, WA. Mr. Gifford was born in Seattle and grew up in Spokane, WA where he graduated from Lewis & Clark High School. He was the youngest child of Allen B. And Susan Gifford of Ocean Park, WA. He is survived by his parents, his sister (Mary Elizabeth Gifford Ward and husband Chris of Seattle), former spouse Crystal Fresco Gifford and sons John Scott and Henry Allen of Seattle, and current spouse Dawn Greer Foster and stepchildren Gabrielle and Matthew Foster all of Auburn. His brother Scott proceeded him in death in 2010. David was an Eagle Scout, a member of the Hamblen Park Presbyterian Church in Spokane and a 2001 graduate of the University of Washington. Following graduation, he did research at the Fred Hutchinson Cancer Center in Seattle. In 2008 he graduated as a Physician’s Assistant from the Long Island University School of Health Professionals and then began work as a PA at Proliance Orthopedic Associates in Renton, WA until 2019 when he retired for health reasons. He was a good son. We will miss him very much.